It is easy to overlook the use of direct mails especially with the evolution of technology that has made room for very many digital ways of sending mails, however, this should not be so. All these digital means and media platforms have in recent times been flooded and saturated, it is for this reason that it is advised to explore the option of the traditional method of direct mails.

It is also a known fact that direct mails are still a leading and powerful option for marketing, here we will be discussing the reasons you should resort to direct mail campaign as an effective tool for converting leads and sales.

Exclusivity: with the saturated and flooded nature of digital media, clients and prospects have been bombarded with the same forms of marketing and promotions, the use of direct mail comes off exclusive and different in that it is perceived to have been specially crafted and composed for them. The fact that direct mails are not as popular as they used to does not change the fact that a good number of people still open and read their direct mails. Direct mails thus prompt prospects to take a look at its content and thus get to receive the information you have intended to pass to them.

Genuineness: With the high rate of dubious mails and extra redirections to unwanted platforms that come with the digital media, it is known that most promotional cum marketing emails are barely opened or read by prospects who have been flooded with such accompanying factors. To this effect, direct mails come off more genuine and trustworthy as its content could not be plagued with pop-ups or the unnecessary shenanigans associated with that by digital media. Anybody can use other forms of mail easily to canvas clients, but then with a direct mail, that effort and hard work it took to compose such a mail and deliver it shows that the sender is quite committed to the cause and thus can come off more serious to such prospective client. It at least makes the recipient appreciate the effort that was put into the direct mail.

Direct nature: Direct messages are as the name implies more direct than other forms of mail. It actually is more precise with where and whom it is intended to reach; it is delivered to the persons who are interested in the service you are offering and the exact corporations and prospect that you plan to reach, and this directness goes a long way to influencing the involvement, buying decision and choices of the prospect more than digital media.

Engagement: Where direct mails are delivered it makes room for engagement between you and the prospect such that you can answer questions and doubts they may have personally or via the marketer sent. Such engagement can be quite helpful in influencing a positive decision from such a prospect. The nature of direct mails commands more respect than other forms of mail. Still respected as the highest form of marketing, direct mails have a certain level of authority which cannot be denied and thus propels a recipient into responding. This authority and respect it carries also influence response, the fact that it is not being used so much these days makes it the more reason a prospect with giving it consideration as against other forms of contact as it depicts seriousness and personal involvement

The above reasons can be seen to play out with how clients perceive your marketed services. It assures its tangibility and outstanding features as well as compels and influences them to give a decision that favors the marketed service. It will be more gainful to resort to direct mail when it comes to marketing a certain campaign. 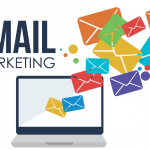 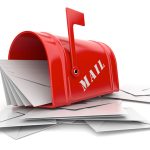