There are a large number of political elections that hold every year that it is forgivable to lose count of the number of candidates that come to you at different times to solicit for your votes. What usually precedes an election are manifestos and campaigns as these are the avenues for candidates to present themselves to the public and explain in clear terms their vision for the people and why they should be voted. In simple terms, winning an election means you must organize an effective campaign strategy. The world has moved on from conventional campaigns if you want your messages to heard and effective. In recent years, people have come to embrace what a direct mail campaign can do to boost your chances of winning a political election. Instead of doing only the TV and radio jingles, more candidates are tilting towards using direct mail to campaign for their political ambitions as an alternative or as an added medium in some cases.

What you must understand before starting your direct mail campaign though is, you can’t be sure of achieving success in your political direct mail campaign by just sending out postcards and mails to individuals and households. You have to adopt some winning strategies which have been used with outstanding success in the past to have a real chance of recording your desired results. Some of the strategies to use include:

If you harbor any hope of achieving success with your political direct mail campaigns, you must ensure to personalize your messages so that it would create an ‘unofficial’ relationship between you and your prospects.

Your direct mail should do the job of a direct mail. What I mean is it should be specific and straight to the point. Let your prospects know what you want from them by writing. You should also explain what you stand for and why they should vote you as their desired candidate in a convincing manner. No one has enough time to spend reading irrelevant things, and remember they receive more than enough of these mails on a daily basis. Your clarity in approach should set you apart.

It is not advisable to send the same message to the same set of people. What makes us tick are different. You should ensure to have different messages for different folks, only that the messages must be encompassing and speak to their needs. Before you send messages to voters, ensure you have researched about them and what could be the issues they want resolved, knowing this would help in writing a compelling mail. The Donald Trump campaign team used this very strategy to unbelievable effect in the 2016 elections.

In direct mailing for your political elections, repetition is key and important. The folks you are sending your mails to are quite busy. There are sometimes your mail won’t be attended to, and some other times they would be attended to but the message may not sink immediately. This is why you need to keep sending voters messages until you get a favorable response. Seeing a message over and over may actually prompt the recipient to look at it and understand what message it passes. Remember if your mails are not read, then it is as good as you not sending them in the first place.

Direct mails have presented candidates in political election with another avenue to explore in winning more voters for their cause, and any serious candidate should consider using them. 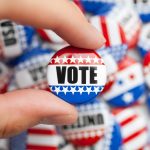 Direct Mail Can Help You Win Your ElectionDirect Mail 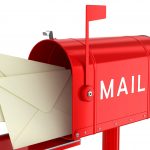 7 Tips to Use When Writing a Political Direct MailDirect Mail