Direct Mail Can Help You Win Your Election

It is not a hidden fact now that direct mailing is very effective in advertising, raising funds for nonprofits and delivering desired results in sales promotion. It should also be noted that direct mail can do a lot more than what it does currently. Direct mailing is a very good way of influencing people by constantly communicating with them and this could be very useful for your election campaigns. After all, your election campaigns are about convincing Mr. XYZ or communities C, D and Q to trust you with their votes. Using a very influential tool like the direct mailing platform would help a lot in driving home your ideas and philosophies and tell the individuals and communities why you are the right candidate for them. Do you know why direct mailing is very effective for elections?

It is Cost Effective

There are a lot of things you would want to do with your limited election funds. Spending a large chunk of that on television and radio adverts might have a negative effect on the overall campaign as it will drain you of essential funds you should have directed towards other important aspects of the campaign. With direct mailing, you have a campaign that is straight to the point, effective but still cost effective.

It Portrays Your Ideas Clearly and Emphatically

What direct mail offers is a very specific and straight to the point portrayal of your ideas and plans for the voters. It shows them what you stand for and want to achieve while also offering them constant reminders of such stance. This would make the voters remember what you clearly stand for among the rest and it could likely win their votes for you.

It Offers a Refreshing Dimension to Campaigning

People are tired of seeing the same things over and over. Television adverts could become boring at some point because it offers virtually the same thing it has been offering in the past. Direct mailing on the other side is different and refreshing. Getting to know a candidate and his profile through a postcard or being able to see the campaign promises of a candidate through your email is different. There is also the option of leaving the message for sometimes and coming back to read it when they are truly chanced. This would allow for better communications than a TV advert that is on the go which such an individual would forget in no time.

It Gives Room for Targeted Campaigns

What matters to everyone is different without doubt. Everyone community or groups of people have what they think matters more to them and would love to see addressed. Your normal TV advert can’t cover all of these specifications, but with direct mailing campaign, every issue will be covered. What you will do is research a group of people and find out what matters to them. After this, you can now start sending targeted messages that address such issues. I make bold to say this would work wonders as those individuals would see you as someone who have their interests at the middle of your ideas and would definitely win them over for you. 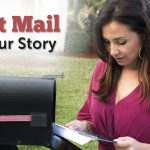