Political Direct Mail: What You Should Know

Direct Mail Is Successful Because Of Its Personalization

In a political campaign, the personal is political. Direct mail gives you the ability to personalize your message in a way that digital media cannot. Organize your campaign’s messages to specific sections of your audience and it will create influence with a deeper personal impact. If an individual feels that there is a personal connection with the mail or persuasive messages they received, they are more likely to engage and act with that message.

Direct mail marketing gives you this ability to connect on a deeper level and in a more targeted and strategized way. If each marketing mail packet received by a voter would make them feel connected to your campaign’s candidate. This will more likely make it possible for them to trust your campaign and wind up voting in your favor.

Print Is More Powerful Than Digital

We hear so often that there is power in social media. While the volume and speed at which we can transfer information in this way is indeed powerful, we have forgotten the ways in which people not just gain information but the way they retain and remember

Direct mail requires 21% less cognitive effort to process than digital media, suggesting that it is both easier to understand and more memorable.

Overall effectiveness, referred to as the motivation-to-cognitive load ratio within the study, showed that direct mail scored an average 1.31 compared to 0.87 for all digital channels. This is significant because, in this type of test, values greater than 1.0 are indicative of broad in-market success.

People Rely On The Printed Word 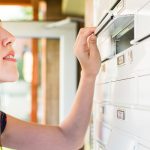 The Effects Of Direct Mail And Local ElectionsDirect Mail 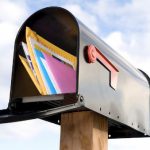 Improve Your Chances Of Winning With Direct MailDirect Mail