It is indeed a known fact that Politics plays an important role in deciding who holds the very mantle of leadership when it comes to the running of a country’s political adventures, such as also making certain decisions that affects and apply to members of a particular group.

It also refers to the achievement and exercising of positions that has to do with governance amid organized control over a human community, particularly a state. Which is where political direct mail comes in, it has been seen that politicians in recent years spend more money on direct mails, and the reason is simply to get the desired votes of the masses by connecting directly to them using direct mail.

The Advantages of direct mail in Political campaigns

Direct mail helps create a connection with the voters: Sending direct mail allows the candidate the needed opportunity of connecting directly with the voters in a physical, tactile way, which not only helps with the campaign awareness, but memory as well. Studies show that there is a strong connection between touch and memory, as well as emotion, both of which are beneficial to the candidate on the very day of Election.

It is cost effective: Political direct mail is one of the most cost-effective ways to reach the voting audience as it is more affordable than the other forms of campaign marketing and it is also very effective too.

There Is No Complicated Analytics Involved In Measuring The results of direct mail: All that is needed to track the success of a direct mail campaign might jist be count the number of inquiries made or coupons redeemed from a given mail service and the desired results will be attained.

Due to the varying complexities and vicious attempts at being at the very helm of affairs as it concerns politics and the acquisition of political posts, Direct mailing becomes crucial as it Engineer’s a viable political marketing strategy in establishing and maintaining any given political candidate’s visibility. 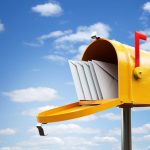