Are you looking for ways to incorporate direct mail marketing campaign in your local elections.

Direct Mail is probably the best way to reach voters as election day and campaigns progress. Statistics and studies demonstrate that direct mail is just as effective, if not more engaging with just digital media alone.

Mail Is Still A Primary Resource For Voting

According to Voters and Mail, almost two-thirds (63 percent) of registered voters in the United States say they have either voted early in-person or by absentee ballot at some point in their voting history.  According to the USPS, even millenials like to sort read and scan their mail more than any other generation.

Direct Mail Has the Power To Be More Persuasive

Physical and tangible mail campaigns have a personal effect and the political is personal.

Direct Mail Has the Ability to Drive Your Locals to Action

Locals that are interested in politics will build the foundation of credibility to your campaign. Direct Mail has the ability to push your voters to action more often than. In  a neuromarketing study, the response rate to action was 20% higher than just digital media alone. These are numbers on a larger scale, while if they are limited to a smaller pool. These results may lead into a bigger impact. 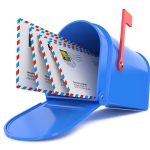 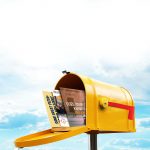 7 Reasons To Use Direct Mail For Your Capital CampaignDirect Mail