INTERESTING FACTS ABOUT OUTSOURCING THAT YOU SHOULD KNOW

Outsourcing has become really popular over the last 10 years amongst growing companies and organizations. This is because as these companies expand and grow, their needs become more detailed and precise that they need to go out to hire professionals that can deliver because the supply of expertise in that position is not readily available in their national market.

Outsourcing is hence a practice, usually in business in which an individual or company goes out of his/her firm to hire another company/individual to carry out operations and handle tasks that were originally executed by the individual or company’s employees. The hired company is known as the third party. Jobs like information technology services, technical support, human resources, payroll services and also delivery services is usually outsourced for more efficiency and also to diversify the company.

The reasons for outsourcing are very important every entrepreneur needs to know. Outsourcing jobs cuts costs, renders the company more efficient, increases its productivity and ratings. It enables the company to induce all its resources in performing other tasks thus boosting the performance scale of that company. The idea is that the third party company is given a particular task and is supposed to carry it out as effectively as possible because these tasks could not be adequately executed by the company.

Now there are a handful of useful facts that one needs to know if he/she is considering outsourcing.

Outsourcing is one of the most effective money management business strategies. A common example to back this claim is the Delta Airlines. In 2003, it reduced it’s overhead expenditure by a whooping 25 million dollars because it outsourced some of its work to India. It later used this money to fund new sales positions and reservations which summed up to 1200 in the US. It is important to note that outsourcing companies and service providers are put under strict budget control systems that wouldn’t be attainable by the company itself.

In the US alone in the year 2013, about 43 percent of companies outsourced their IT services this was seconded by Manufacturing services. It is becoming a globally recognized method. .

Companies who outsource are always more globally connected and linked than companies who do not. This is because there is derivation of  Economies of scale by sharing utilities, skills, infrastructure and tools. Different people from diverse nations all linked by outsourcing.

In conclusion, Outsourcing should be approached as a business strategy and a conscious decision rather than a means to cut costs. It is a very efficient method based on division of labor. It is a strategic means of growth for the company. 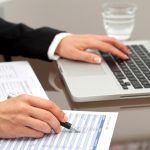 Top 5 Questions To Ask Before You OutsourceOutsourcing