Raising funds generally can be a trying task after all you’re trying to separate people from what they love a lot -their money. Doing it through direct mail can only make it tougher but that doesn’t mean that it’s an impossible task and when you get it right, it will prove to be totally worth it. Here are a few tips on fundraising through direct mail:

2)Make it personal- the direct mail should be about the donor or the cause it is directed at so that they can see what it’s for. You could relate it to them in some subtle ways

4)Be as concise as possible. In as much as you would like to tell a story you should also make it concise so as to not bore the intended demographic

6)Always aim at getting new donors and new people for the cause. There is never enough people to share the direct mail to

8)Widen your demographic- while it may be true that most direct mails are more interesting to older people the fact is it can also be used on younger ones to. Don’t limit the mail

9)Creativity will go a long way in securing the interest of people. No one likes to look at a piece of paper too long unless there is something interesting to look at

12)Put the most important pieces on the cover so it’s what they see first. A lot of people skim through and their decision could be made within the first few seconds of seeing the mail so it’s best to get the message out there as soon as possible 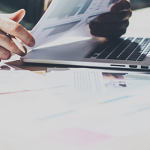 Why Your Business Should Automate InvoicesDirect Mail 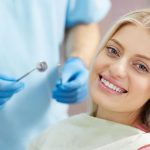