Direct Mail is The Driving Force Behind Elections

In every democratic country, elections are held periodically, with the sole aim of choosing leaders that would preside over the affairs of her citizens for a specified period of time. Before the election, various political parties mobilize her resources and personnel in order to gain victory at the polls. One of the ways political parties canvass for votes is through the use of direct mails.

Direct mail as a marketing strategy uses mail services to reach out to a target audience. The Direct mail marketing effort makes use of various materials namely brochures, catalogues, postcards, newsletters, and sales letters. Direct mail extends beyond mail order to include announcements, information about store openings and events, recalls, coupon books, brochures samplings and general information to increase awareness. Various political parties make use of this service, because of its ability to reach out to a wide range of Citizens.

For the creation of awareness of the existence and operation of a party, direct mail is the answer. Unlike other forms of advertising where the sender is not sure of who got the information or not, if direct mails are used, doubts can be avoided as direct mail enables the sender and the receiver have a one-on-one communication together. This is why it is a preferred choice for canvassing votes. A party can send out shareable mailers to help them get more people interested in their party and it manifesto.

Direct mailing is a lot cheaper that the other avenues through which political parties can reach out to their audience. It cost almost nothing to send out a large number of mails to different people. All th sender of the mail needs to do, and in this case the political party wing in charge of advertisement is to get the name of the political party on as many mailing list as possible. Or they could just contact the Direct marketing organization (DMA)for guidance.

Direct mail stands out when compared with other advertising efforts. It makes a great impression o the receiver and is most likely to get more votes for the political party. People are most likely to appreciate a direct mail than other marketing tactics.

Direct mail can be sent to a target audience, community, state, this depends on the scale of on-coming elections. This feature enables the sender save cost, by preventing them from sending the mails to people that have no interest in the information. If the mail is sent to the right people, little money is wasted.

Direct mail can be sent and it would get delivered very quickly. It can also be sent at specific times during the year. A major feature that makes this strategy very appealing is the speed at which audiences that live far away get whatever information that is sent across quite early.

To wrap it up, Direct mailing revolutionized the mode of canvassing for votes and the election process at large. With its unique features mentioned above, direct mails have become the driving force behind elections. 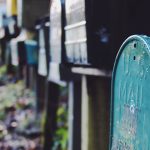