7 Direct Mail Statistics That You Might Not Have Known

Direct mails have been revolutionizing marketing and advertisement in businesses in recent times, haven’t they? What direct mail campaigns have done in advertising, marketing, political campaigns, fundraising and the other processes they have been used for have been remarkable to say the least. This was a way of marketing we all thought was long gone, dead and buried right? The way it has made its comeback in recent years is still perplexing and it is expected that direct mailing would be going from strength to strength in the coming years.

Different industry experts and research firms have come up with some amazing stats as it relates to direct mailing and what it has done for the processes it has been used for. Truly some of these stats are amazing and it has proven that direct mailing is here to stay without a shadow of doubt. Now let us look at seven direct mail statistics that you may not know until now.

According to the United States Postal Service (USPS), 32% of the American populace wishes to be contacted about information on new products on services through the direct mail platform. This percentage is much higher than that of any other marketing medium featured in the research process.

It has also been revealed from studies that 39% of Americans said the reason they tried out a new product for the first time is because they heard about it in a direct mail campaign. This information is supplied by Direct Marketing Association (DMA). What this means is direct mailing is very effective in convincing prospects to try out new products.

The USPS in one of its studies discovered that 23% of the people that received direct mails ended up visiting the shops and offices of the sender of such mails. What this means is that, direct mails are not just sent but they actually have telling effects on the choices of recipients.

The FEC revealed after the 2016 elections that the Donald Trump campaign team spent around $29 million on direct mail campaigns. The result of the election led to a landslide victory for Mr. Trump in the rural areas. What this means is that direct mailing for political campaigns have a real impact in reaching the grassroots and making the recipients vote the candidates that adopt the mailing strategy.

According to FireSnap, another research firm, it has been discovered that an individual receives around 2900 direct mails daily. This goes on to reveal that a lot of businesses are into direct mailing.

The above facts affirm that direct mails are effective and very useful for your business and campaign. Why not use them then?
Get Started Today 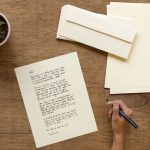 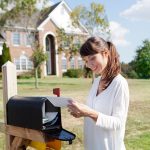