Using direct mails for political and electoral purposes prove to be very useful when one is trying to get elected. Through this, constituents share a connection with their candidates and candidates acquire higher publicity regarding their platforms. Although similar, political and election mail possess some key differences that you will find really interesting. The major similarity between the two is that they are both types of direct mails hence they come through the mailbox and they are used by candidates to demographic constituents.

A Political Mail is defined by the USPS (United States Postal Service) as any form of material(s) used for the purpose of promoting candidates, campaigns or referenda. This is sent out via first class mail or standard mail by a registered political candidate, campaign committee (federal, state or local) or also by a registered political party committee like the Democratic National Committee in the US. In summary, a political direct mail is any promotional piece or awareness message sent to voters via their mail addresses by political parties, campaigns or candidates. For such a mail, the return address is the candidates campaign committee.

Unlike political Mail which helps you in deciding which candidate to vote for, election mail has to do with the act of voting itself. It is any material that is either mailed to election officials or from election officials that relates to voting by the citizens. This material could be ballot materials, voters registration cards, polling units notifications, mail-in ballots or even absentee applications. These are mailed by a political party committee (state and national levels), congressional/senatorial campaign committee for both democrats and Republicans.

Now that we have established what both mails mean, and do let’s talk about which is better. From the definition you’ll realize that both of these mails serve different yet important purposes. Any political candidate will want to make use of both to increase their odds. One reason why conventional mailing is very effective is that unlike emails, conventional mails cannot be filtered out, grouped as spam or even deleted before it gets to the recipient creating a greater chance of actually being held and looked at hence getting your message across. Also, political mails target specific age groups and demographics giving room for a personal connection between constituents and voters.

Election mails can contain registration dates and polling units thus arming voters with the necessary information needed to vote. It is a personalized way of reaching out to voters and informing them about voting eligibility, requirements and rules so  that no one lacks information. With election mails, everyone is carried along. It ensures that anyone who wants to vote for you has the ability to.

Direct mail system is here to stay, with its ratings increasing every day, all candidates should invest into it. As a candidate who wants to maximize all options to win an election, both political and election mails should be sent either from you or your campaign committee to your constituents 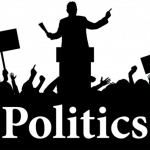 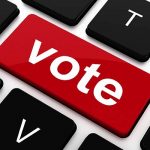 Political And Election Mail, What You Should KnowDirect Mail